Week 3 featured our very first Game Night.  About a dozen students stayed after school Friday to play video games, games with foam dart guns, etc.  They enjoyed each other’s company and also pizza.  Game Nights will be a regular event occurring roughly every other Friday at CINGHS.  In addition, our school is starting an eSports club so that students can be a part of a team that plays video games competitively.
Week 3 in Algebra 2:

During Week 3, students interviewed Laura Hayden, a graphic designer who works for National Instruments, using FaceTime.  They asked Laura all of their Need-to-Knows related to logo design.  The students had many great questions about the processes graphic designers use to design effective logos.
During the week, I allowed students to use self-pacing to differentiate the class according to students’ individual needs.  Some students completed extra practice on parent functions and their properties (domain, range, axes of symmetry, asymptotes).  Students who were already comfortable with parent functions moved on early to workshops and practice sets dealing with inverse functions.
By the end of the week, the students were introduced to decision matrices so they could use this tool to select the brainstorming sketch that their team would develop into their amusement park logo.
Week 3 in Integrated Physics & Engineering (IPE):

In IPE, we continued exploring the Design Process by applying the following steps toward the design of next generation cooking devices: Define the Problem, Specify Requirements, and Identify Solutions.  The students created summary problem statements for the project (Define the Problem).  They analyzed the project design brief and rubric to create lists of project constraint and requirements (Specify Requirements).  They conducted background devices on old and current versions of their team’s cooking device (Identify Solutions).  They compared the old and current devices to identify improvements and to get ideas on new improvements that could be made to create their next generation devices.  They also created several brainstorming sketches in a Quick Draw activity.  Then they elaborated on each other’s favorite sketches in a Carousel Brainstorming activity.
Also, during Week 3, we introduced the Heat Equation and used it to analyze the required heat in several cooking scenarios.  Students voluntarily chose to attend follow-up small group workshop on the Heat Equation when they found practice problems challenging.  I like how students are starting to advocate for themselves by choosing to attend optional workshops to sharpen their skills.  At the end of the week, the students took a 3-color quiz on Heat Transfer mechanisms and the Heat Equation.  They used 3 colors to show what they were able to do with (1) their brains only, (2) with notebook assistance, and (3) with workshop assistance.  Many students were able to excel at the quiz with only 1 or 2 colors.
Week 3 in 8th Grade Math:

During Week 3 in 8th grade math, we continued to explore club data using more statistical tools.  We introduced a new spread value: mean deviation.  We practiced calculating it first on small data sets.  Then we started discussing methods for calculating it for large data sets so they would know how to analyze data sets that included the opinions of all the students in our school.  By the end of the week, the classes collaborated to create a survey that was completed by the entire student body that gathered data on students’ interests on a variety of clubs.

Chapter 6 in Winebrenner, Susan, and Pamela Espeland.  Teaching Gifted Kids in the Regular Classroom: Strategies and Techniques Every Teacher Can Use to Meet the Academic Needs of the Gifted and Talented.  Minneapolis, MN: Free Spirit Pub., 2001.  Print. 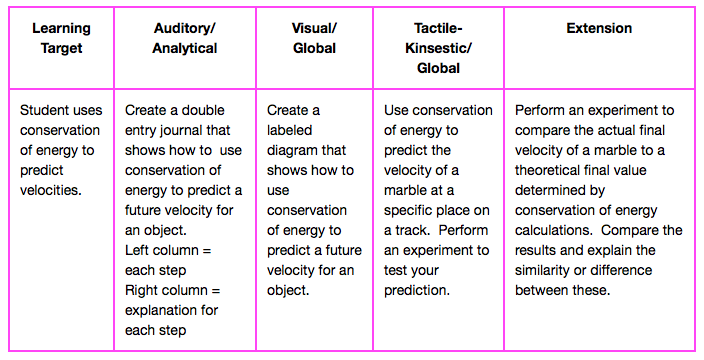 Differentiated curriculum charts create options for students that fit their learning styles and readiness levels.  Charts like these can be used as tools to create scaffolding that fits the needs of diverse groups of students.

Teachers can use a variety of Write-to-Learns (WTLs) to get students to actively process information in a variety of ways.  Teachers can use the non-stop writes to see how student thinking is evolving and to help students gather thoughts that can impact products.  Teachers can adapt the KWL steps above to facilitate more detailed and helpful Know, Need-to-Know, Next Steps discussions.  Teaches can use teacher student correspondence to model writing, convey caring, and build up moral and relationships. 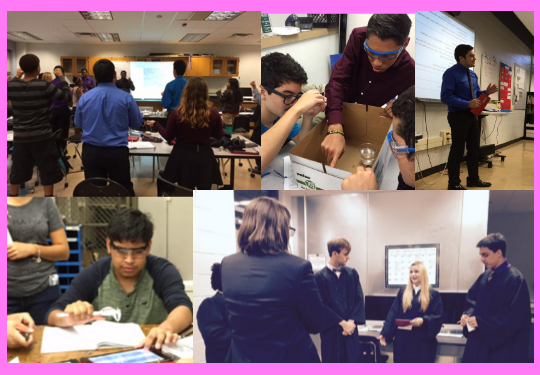 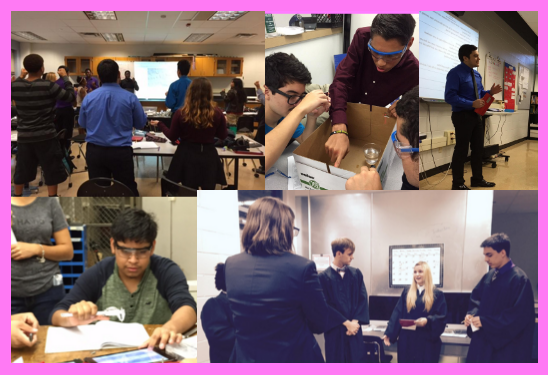 Exploring essential questions models how knowledge is made.  This contradicts the common misconception that knowledge was not made; it always existed.  Essential questions answer the WHY question for why knowledge and skills are important.
The six facets allow students to explore knowledge and deepen understanding in a variety of ways.  Ladders are false metaphors for learning.  The brain needs both higher order and lower order thinking skills to make sense and meaning of new material.  Lower order skills don’t always need to be presented first (example: we learned how to speak before we learned grammar).

Responsive teaching needs to be supported by classroom management routines that are both orderly and flexible.  Research has shown that teachers who maintain orderly classroom environments are more likely to teach for meaning and understanding.  PBL work can be complex and chaotic.  Framing PBL work in terms of orderly routines and strategies can build student confidence.

Clustering needs is more efficient than fulfilling IEP’s for every student.  More students benefit from intended remediations than initially intended.  It’s easier to plan units with built in remediations that address common needs than to identify these during the unit and make them a la carte.

While “varying” instruction for responsive teaching, it’s good to know or be reminded of how many elements can be readily changed to meet students’ needs.  Also it’s important to know and experiment with how changing classroom logistics (use of space and time) can impact student learning.

All students should consistently experience curricula rooted in the important ideas of a discipline that requires them to make meaning of information and think at high levels
Students need opportunities to learn the basics and opportunities to apply them in meaningful ways
There is a need for balance between student construction of meaning and teacher guides.
Students need to know the learning goals of a unit or lesson and criteria for successfully demonstrating proficiency with goals.

Research has shown that both high and low performing students benefit from classes that use meaning-driven, thought-based, application-focused curricula.  Applications of ideas give meaningful contexts for knowledge and skills.  Students must make meaning for themselves, it can not be imposed on them.  Having students construct meaning will enhance their ability to learn new content.  Students need a framework of goals and expectations to help them prioritize their ideas and goals.

Pre-assessment data can help teachers design appropriate remediation and advanced work.  A one-size-fits all approach to assessment will favor some students and neglect others.  Specific feedback can be used by students to improve.  High levels of metacognition support high levels of academic achievement.  Reflection on goal setting helps student develop ownership over their choices and results.